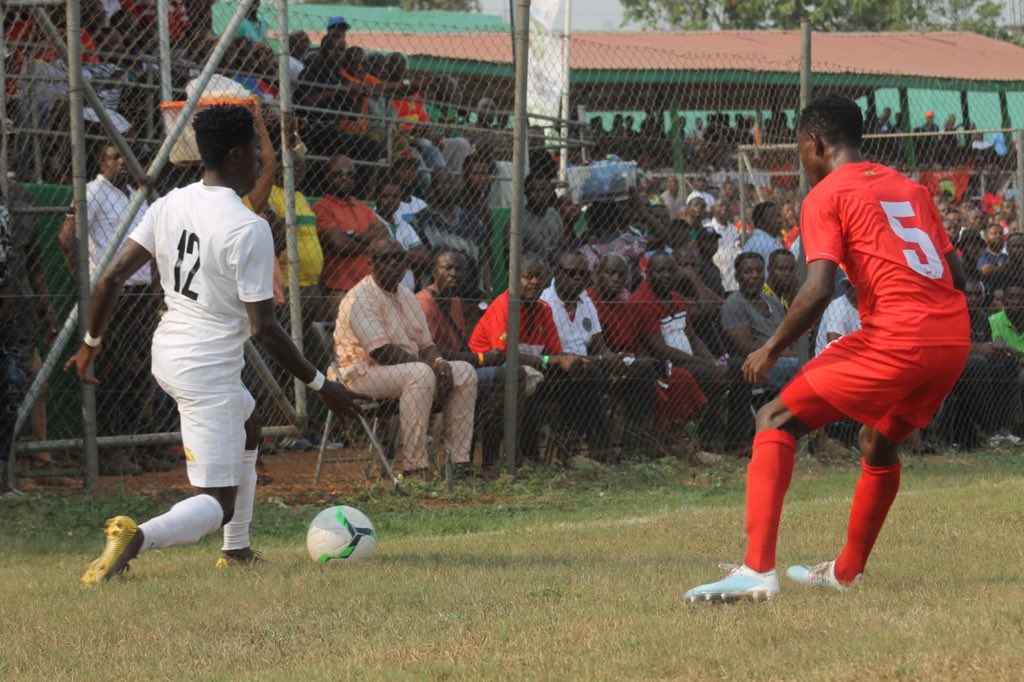 Asante Kotoko needed an own goal to overcome ten-man Dreams FC and return to winning ways in the Ghana Premier League on Sunday.

The Porcupines beat Dreams 1-0 at the Theatre of Dreams in Dawu to end a run of two games without a win.

Bashiru Abdul connected the ball into his net in his haste to clear Imoro Ibrahim's free kick into the goal area.

Kotoko came into the game without a win in their last two while Dreams were buyoed by 1-0 win over Liberty. However it was Kotoko who made a strong start creating a couple of half chances.

Kotoko had a penalty shout turned down by the referee after a Dreams defender appeared to have handled the ball in his penalty area in the 20th minute.

15 minutes later, Dreams were reduced to ten men. Dentani Amadu was shown a second yellow card and a subsequent red after he handled the ball outside the penalty box.

The red card forced Dreams to sit deep as Kotoko dominated. Martin Antwi, who was making his first competitive appearance in 10 months, hit the upright few minutes before halftime.

Dreams had the first opportunity in the second half but failed to trouble goalkeeper Kwame Baah in goal for Kotoko.

Kotoko pressed and were finally rewarded in the 68th minute as defender Bashiru Abdul put the ball at the back of his own net.

A goal line clearance prevented Richard Arthur from doubling the lead in the 76th minute.

Dreams fail to threaten as Kotoko run away with three points.