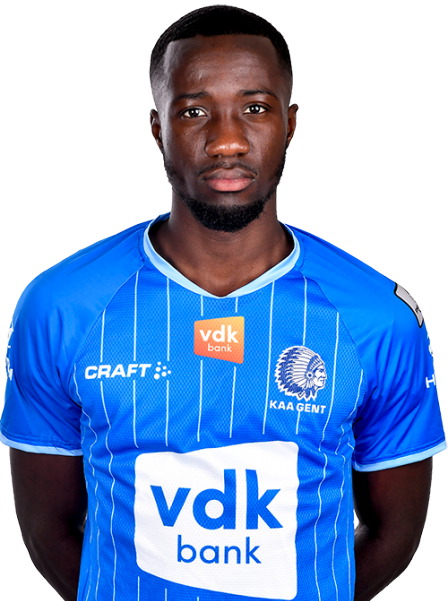 In-form KAA Gent midfielder Elisha Owusu is reported to have earned a Ghana call-up for next month's 2021 Africa Cup of Nations qualifier against Sudan.

The 22-year-old has been in top form since making the switch from French Ligue 1 side Olympique Lyon.

According to Sunyani-based Nimdi3 FM, the French-born was assured a place in the Black Stars squad after talks with new Black Stars coach CK Akonnor.

He had previously held talks with former Ghana coach Kwesi Appiah who was in line to hand him a call-up for the double-header against South Africa and Sao Tome and Principe in November last year.

This season, Owusu has been one of the best players at Gent with 23 appearances for the Jupiler League side.