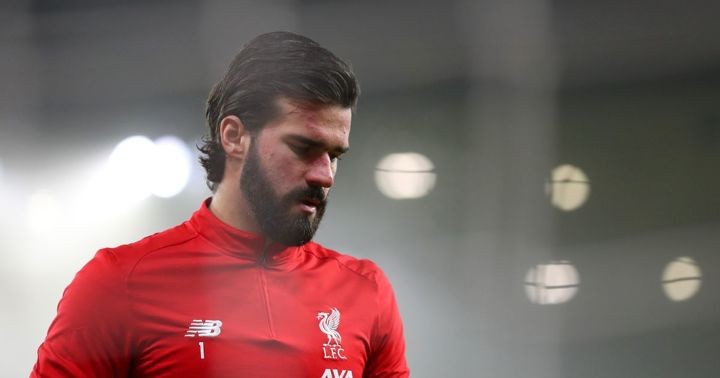 Alisson didn't record a single clean sheet in the Premier League until December 7 away to Bournemouth.

The Liverpool goalkeeper missed seven games at the start of the season after coming off injured during the first-half against Norwich on the opening day and then worked his way back into form.

However, after shutting out the Cherries the Brazilian number one clearly decided enough was enough and he has conceded just one goal in the competition since that match.

That means Alisson has conceded just six goals in 17 Premier League games so far this season and is joint leader as he looks to retain the Golden Glove – he currently has nine clean sheets along with Dean Henderson and Nick Pope despite the Sheffield United and Burnley men having played 23 and 25 games respectively.

Meanwhile, an 87% save percentage in the Premier League is comfortably the top-flight's best.

Overall, the Reds shot-stopper is conceding on average one goal every 244 minutes in the Premier League this season - and that is the best ratio of any goalkeeper in a single season in the history of the competition (minimum 10 games played).

His numbers could well get better when Liverpool travel to face Norwich City for their next match in England's top division.

The Canaries are winless in their last 13 against the Reds in the top-flight (D2 L11) and have won as many points this season as Jurgen Klopp's side have in 2020 alone.

Signs point to the Reds taking an early lead and that will, as we have seen on numerous occasions, make things very tricky for the hosts this weekend with Klopp's side so well-equipped to defend and exploit spaces when teams come forward to try and level proceedings.