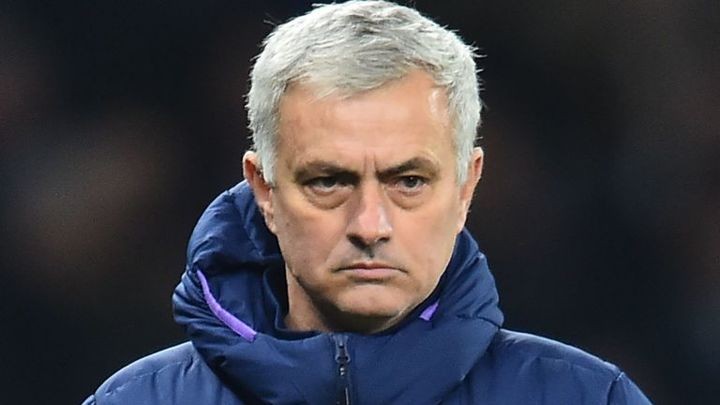 Tottenham boss Jose Mourinho is not allowing his focus to drift beyond Sunday's game with Aston Villa as his side enter a pivotal week in their season.

Spurs play at Villa Park on Sunday in the first of three matches in less than a week following their resumption after the winter break.

This weekend's Premier League clash is followed by a Champions League match against RB Leipzig on Wednesday before Tottenham face Chelsea at Stamford Bridge on Saturday.

But the trip to the second city this weekend is Mourinho's primary concern with Spurs sixth in the table, two points behind Sheffield United in fifth.

"But let's go match after match, and the first one will be difficult. Always difficult Villa Park.

"Villa are a good team, fighting to stay in the division, self-esteem really high after reaching the Wembley final.

"Very difficult match, we have to go with all the potential we have, forgetting that we have to play Leipzig."

With such a big week coming up, Mourinho said he may rotate his sides, even though they are fresh from a 10-day break.

"Some positions we can, some we cannot. That is the basic thing," he added.

"They are not coming from a period of fatigue, but when you arrive on the third match of the week with only two days in between and on Saturday they cannot even sleep, they have to wake up at 8 o'clock to go to Stamford Bridge and play.

"For the third match we have to be careful and maybe will have to do a little bit of rotation in between the matches.

"But in this moment we are focused on Villa, it is difficult enough for us to be sharing our concentration with other matches. Let's go for Villa."