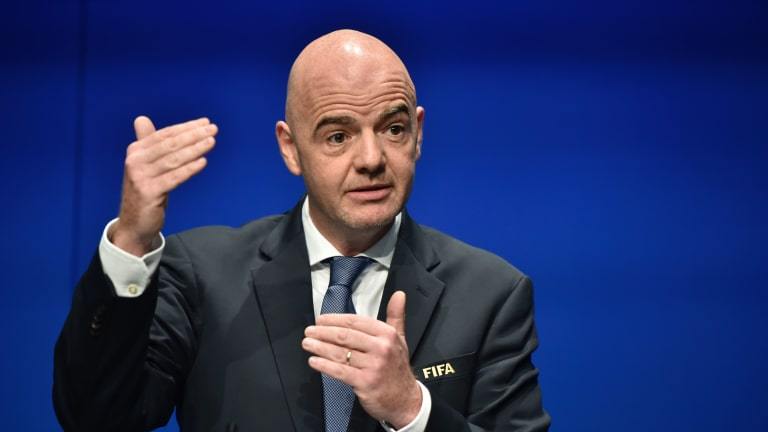 FIFA President Gianni Infantino has proposed a Super League for the top clubs in Africa that could generate $3 billion in revenue over five years while reviving domestic competitions across the continent thanks to the massive projected financial windfall.

Ghana's two top clubs like Asante Kotoko and Hearts of Oak stand a chance of playing in the competition that will target the best supported clubs across the continent as permanent participants.

The plans is meant to give Africa club football the chance of fighting the scourge of European football impacting negatively on the continent's game as he aims to retain top players and provide good entertainment in packed stadiums in Africa.

Infantino's revolutionary plan that will create a pan-African league was revealed during a conference in the Moroccan city of Sale on Saturday at the outstanding King Mohamed Complex.

The plan would feature permanent 20-24 top clubs in Africa with a maximum of maybe two clubs per country that would still play in their national leagues.

The FIFA boss said the permanent member clubs would be urged to provide an investment of $20 million annually over five years and would also have to meet other participation criteria such as investment in youth and women’s football.

He added the competition would have the potential to generate a revenue of $3 billion over a five-year cycle – and would also create the conditions for African football to be able to retain some of most talented players on the continent.

Infantino then gave details of his proposal for a pan-African league which he said had been developed in conjunction with CAF.

“I want to create a real pan-African league that would feature 20-24 clubs with a maximum of maybe two clubs per country that would still play in their national leagues but that would play during the year so we can really crown the club champions of Africa,” he said.

"So we can really crown the club champions of Africa," Infantino said although the African Champions League already does that.

"Let us show the world what we can do," Infantino challenged Africa's footballing community.

"This day is special - it's the start of a new chapter for African football."

CAF currently organises two continental competitions for clubs – the CAF Champions League, for domestic champions plus runners-up from the bigger leagues, and the CAF Confederation Cup for lower-ranked teams.