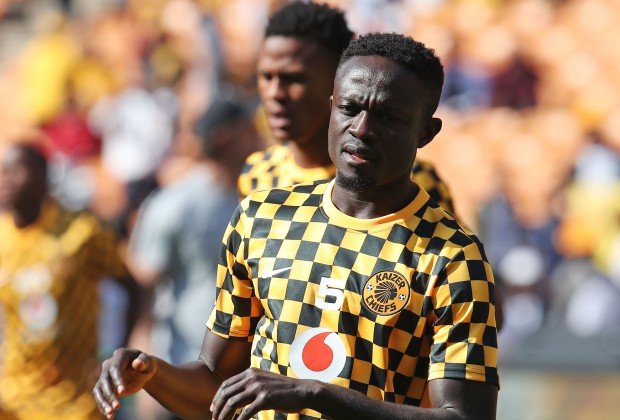 James Kotei looks to be on his way out of Kaizer Chiefs as coach Ernst Middendorp insists he has not seen enough from the Ghanaian midfielder since he joined the club.

The German trainer also revealed the 26-year-old has not been to training following reports he is leaving the club gained momentum last week.

Kotei joined Amakhosi in July last year after an excellent campaign with Simba SC in the CAF Champions League and the Tanzanian championship.

The former Liberty Professionals youngster has since not made an official debut for Kaizer Chiefs.

“I can’t give you an answer that you would be satisfied with. He has not been to training – I don’t know where he is, that is the first point,” the coach explained.

“He is a player who did not make it so far, for different reasons. I have not seen too much in terms of progress in different areas. If there is a chance to bring another one in with similar strengths, that is obviously what will happen.”

The South African giants are understood to be eager to free up a foreign spot to be able to sign Kenya midfielder Anthony Akumu, and Kotei now looks certain to be the sacrificial lamb during the current transfer window period.

Kotei has been linked with a move back to Tanzania where he will joined his former club Simba SC or bitterest rivals Young Africans SC.