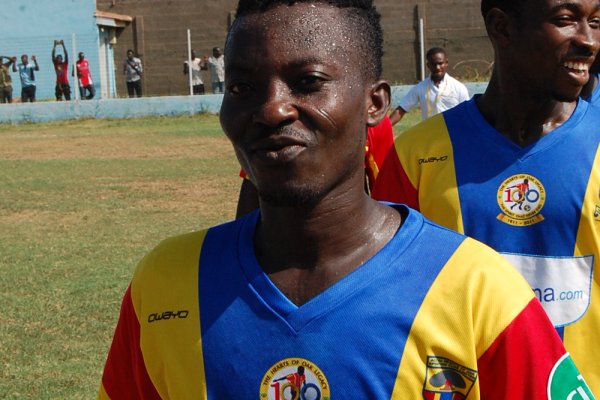 Former Hearts of Oak midfielder Kofi Abanga has disclosed that coach Bashiru Hayford is the reason behind his failed move to Asante Kotoko.

According to the midfielder, the then Kotoko coach coach Bashiru Hayford's attitude towards him when he was introduced as a new recruit gave him second thoughts.

Abanga revealed coach Bashiru Hayford was unhappy over the news making rounds of his arrival in Kumasi, claiming the young boy was  being treated as a "Maradona" when he is not.

The player after weeks of training with the Porcupine Warriors then decided to join Hearts of Oak stirring up one of the longest transfer saga in Ghana.

"I was with Edmund annd Stephen Oduro but when I arrived at Kotoko, the coach who made me fell unwanted was Bashiru Hayford," he said in an interview with Don Summer.

"He is the reason I did not sign for Asante Kotoko. I wasn't happy at all, when he first met me, the way he approached me it was obvious he didn't want me at the club," he added.

"Chairman came with me at the training grounds to introduce me to Bashiru Hayford, and at the point the words that came out of the coach's mouth were,'I know Abanga, this boy is the one you guys are treating like Maradona.' And I heard it.

"He was the assistant coach of Sellas Tetteh, when we were at the Ghana U-17 team, so he knew and when I heard he was at Kotoko I was happy but his comments and the way he treated me gave me a change of mind."

Abanga moved on to play for Hearts of Oak but the player with huge potential could not leave to the hype surrounding his transfer to the Accra based club.

Watch video of the interview below