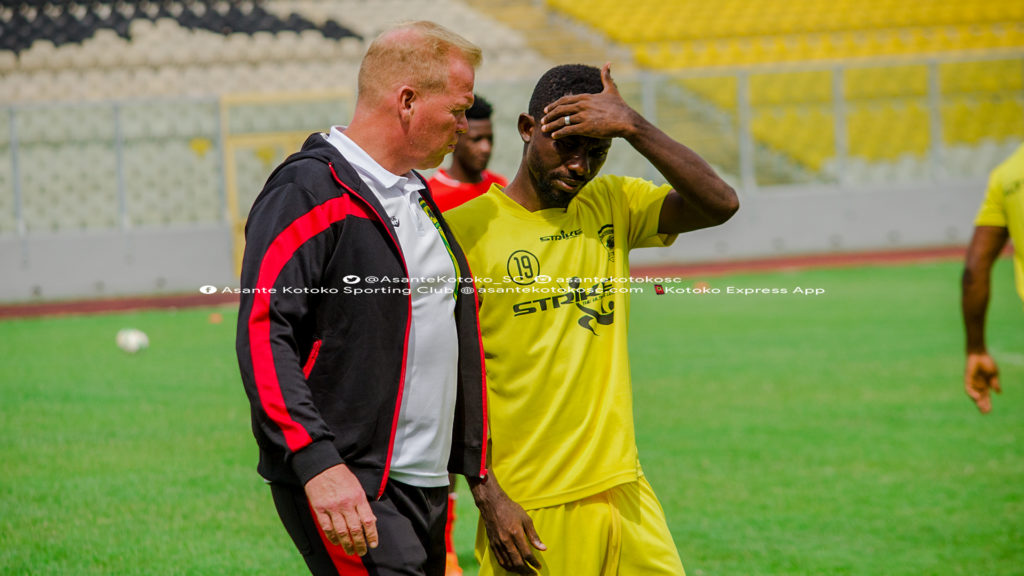 Veteran Asante Kotoko midfielder Jordan Opoku has asked his teammates to throw their weight behind new captain Felix Annan for him to succeed during his reign as the leader of the team.

Felix Annan was confirmed the captain of the Reds over the weekend, and his reign begins with a tricky CAF Champions League game against Kano Pillars on Sunday.

Ahead of the game in Nigeria, Jordan Opoku indicated how important it is for the team to support the new captain and adds every player in the team has a vital role to play in the club's success.

"“Felix has been named as the captain of the team but the task ahead of us is beyond one individual. It is not for a number of players or the captain alone. It is for all of us. We all have duties to perform. We must stay as a group to support him for his reign to be successful,” he told Asantekotokosc.com.

Meanwhile, the 31-year old has been left out of coack Kjetil Zachariassen's 18 man squad for the game against Kano Pillars.

Despite his enormous experience on the continent, Opoku will have to stay behind and hope the team returns with a good result ahead of the second leg two weeks later.