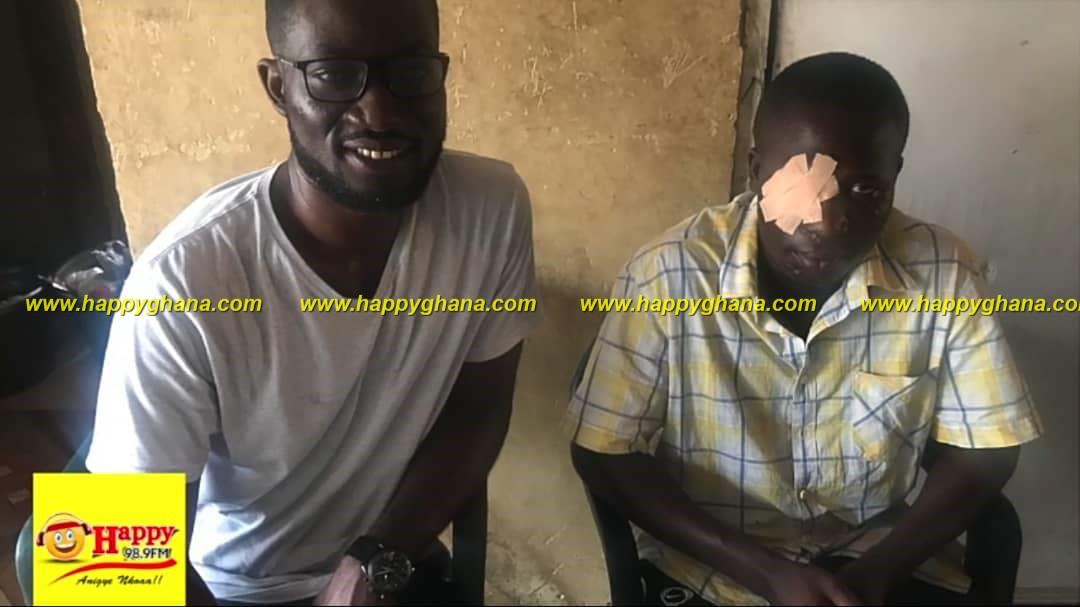 A die hard fan of Asante Kotoko, Augustine Oppong says he will continue supporting the club despite losing his eye in the shooting incident that happened at the Baba Yara Sports Stadium in a Ghana Premier League game.

Oppong was shot by a Police Officer which led to the loss of his eye.

Despite the predicament that has befallen him, he is still anticipating to visit the Baba Yara Sports Stadium and support the team in their subsequent games.

Oppong a driver by profession in an interview on Happy FM indicated that the loss of his eye will not even stop him from supporting the team or going to the stadium.

“Anytime Kotoko will play a game I will go to stadium and support the team”.

“Whatever happened shouldn’t stop me from going to stadium or supporting the team”.

He stated emphatically that even if his leg was amputated in that incident he would still find his way to the Baba Yara Sports Stadium to support the team on match days.

“Even if my leg was amputated I will still find my way to the stadium”.

Oppong has received a lot of support from the team’s supporters group led by Chairman Christopher Damenya.