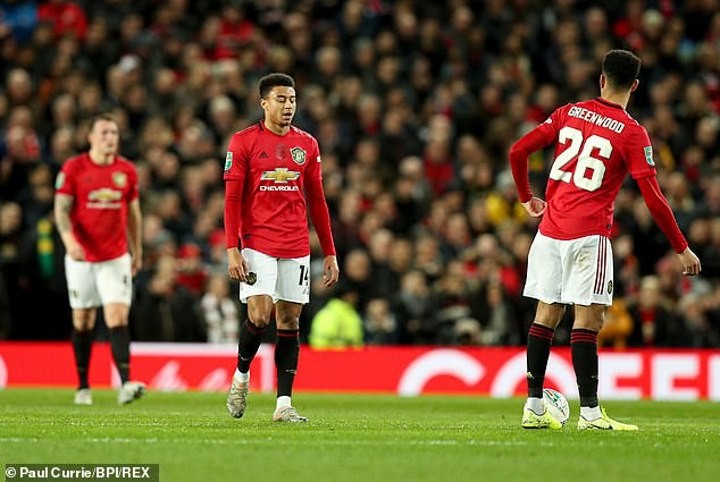 Lingard has endured a torrid time of late - featuring for just 867 minutes in the Premier League for Ole Gunnar Solskjaer's side this season - while also losing his spot in England's set-up.

And Saha, who scored 42 times for the Red Devils between 2004-08, has slammed Lingard by claiming he has not fulfilled his potential.

'Jesse has a lot of energy and runs about a lot, but where he struggles is that he doesn't link up the play well enough and struggles with that final product,' the former French international told Bonus Code Bets.

'When I watch him play, I get really frustrated as he does a lot of things well, but his play in the final third isn't good enough, which is concerning for an attacking midfielder.

'When Jesse gets into the right positions, things will start clicking for him and he will get goals.'

The 27-year-old failed to register a single goal or assist in the whole of last year and has subsequently fallen down the pecking order at Old Trafford.

He appears to have lost the faith of United manager Solskjaer, who hauled him off at half-time in the humiliating 45-minute capitulation against rivals Manchester City in the Carabao Cup last week.

Lingard's contract at Old Trafford expires next summer and his future remains uncertain as he desperately looks to force his way back into contention for both club and country.