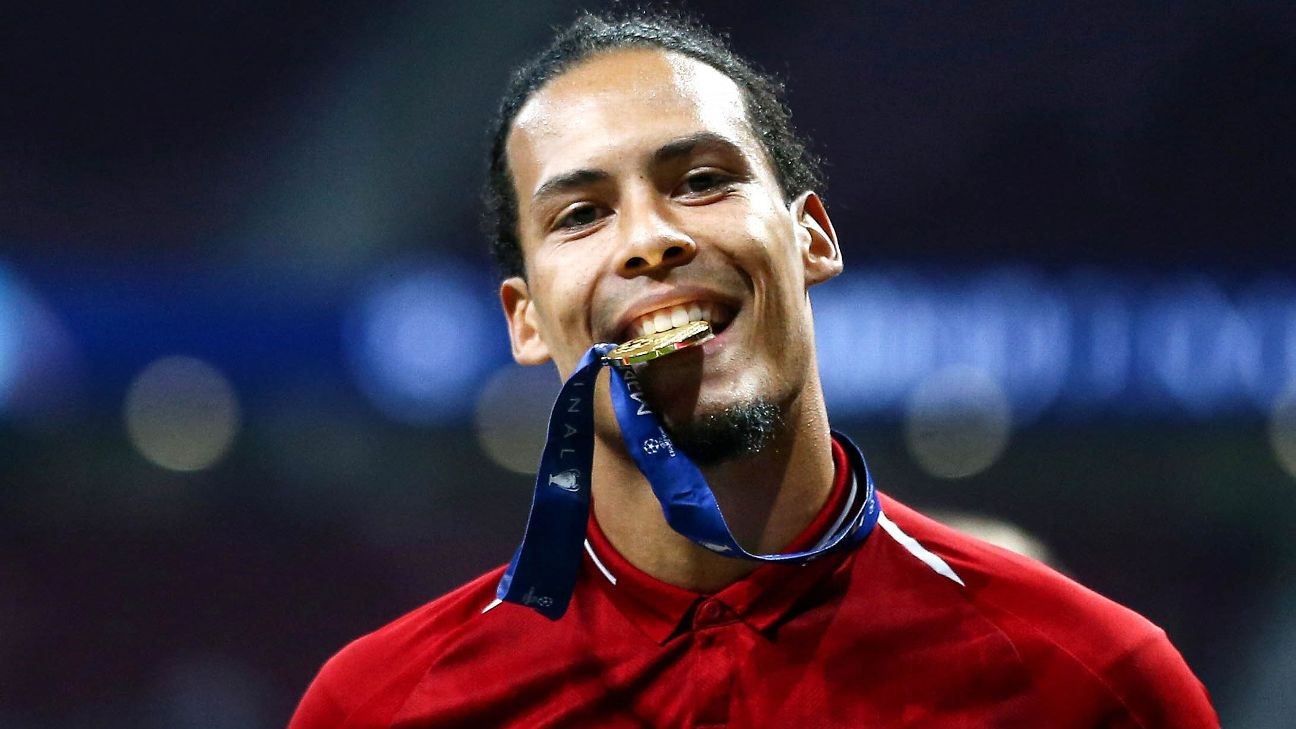 The FC crew praise Liverpool's backup goalkeeper Adrian for his starring role in the Red's penalty shootout victory over Chelsea.

ESPN FC's Julien Laurens shares the latest on Barcelona's meeting with PSG and explains what it will take for the two sides to come to an agreement.

Lionel Messi, Cristiano Ronaldo and Virgil van Dijk have been named as the finalists for the UEFA Men's Player of the Year award.

While Ronaldo, a three-time winner, has been ever-present in the final three since the award was created in 2011, Van Dijk makes his first appearance after helping Liverpool win the Champions League title last season.

- ESPN fantasy: Sign up now!
- When does the transfer window close?

Van Dijk was voted both the Premier League Player of the Season and the Players' Player of the Year, and was instrumental in their club's sixth European Cup triumph.

Two-time award winner Messi was the leading scorer in both La Liga (36 goals) and the Champions League (12 goals) last season but his Barcelona side fell in the semifinal stage to Liverpool, who overcame a three-goal deficit in the second leg to advance.

Ronaldo, who has won five Champions League titles, did not fare too well in Europe in his debut season with Juventus, the Italian side losing in the quarterfinals to Ajax Amsterdam.

However, he helped Juve seal their eighth successive league title with 21 goals and was voted the Serie A's "Most Valuable Player."

The award will be presented at the Champions League group stage draw ceremony which takes place in Monaco on Aug. 29.

The three were selected by a jury of 80 coaches whose teams competed in last season's Champions League and a journalist from each of UEFA's 55 member associations.

Meanwhile, Lucy Bronze, Ada Hegerberg and Amandine Henry have been nominated for the women's equivalent award.