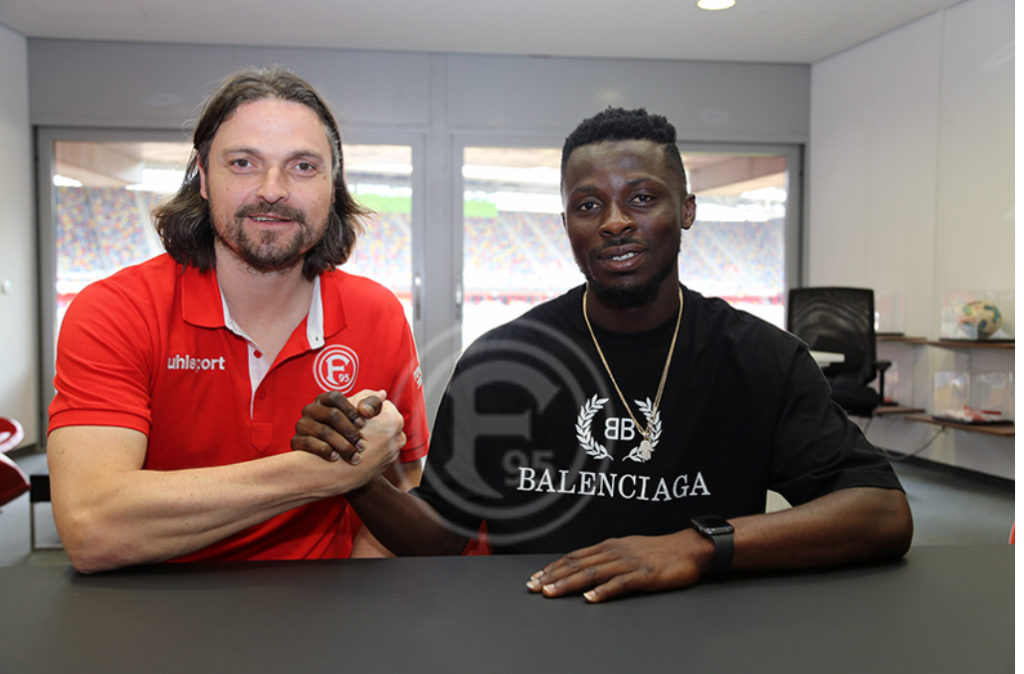 Ghana winger Nana Opoku Ampomah has penned a three-year contract with German Bundesliga side Fortuna Düsseldorf ahead of the upcoming season.

The 23-year-old completed his mandatory medical with Red and White lads on Monday after touching down in the country over the weekend.

The Ghana winger signed the dotted line on Wednesday in a deal worth €5.8 million.

He is expected to join his new teammates at their pre-season training base on Thursday.

Ampomah was one of the top performers in the Belgian Jupilar Pro League last term, scoring seven goals and providing four assists in 22 games.

He was on the radar of Feyenoord Rotterdam and Club Brugge before his club Waasland-Beveren agreed to sell him to the German outfit.