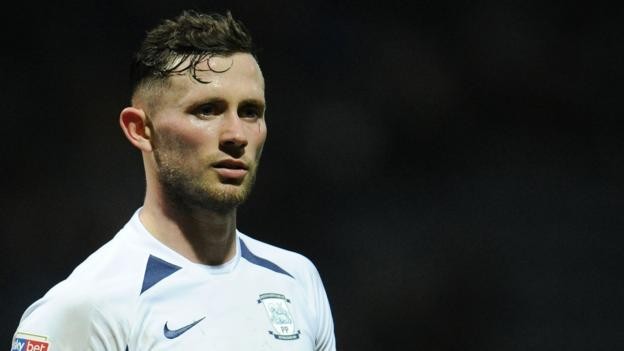 Alan Browne's goal against Stoke was just his third of the season for PrestonFollow live text coverage from 12:15 GMT on Saturday

Preston's Alan Browne faces a late fitness test ahead of the visit of Millwall after struggling with an ankle injury in Wednesday win over Stoke.

Browne scored, despite the knock, in a game that saw fit-again David Nugent and Paul Gallagher come off the bench.

Millwall loanee Mason Bennett is among a number of players whose fitness will be assessed ahead of the trip.

Ryan Leonard came off the bench in Wednesday's draw with Fulham, while James Brown has missed four matches.

Preston are unbeaten in their past five home league games against Millwall (W2 D3) since losing 2-1 in February 2004. Millwall have not completed a league double over Preston since the 1967-68 campaign. Millwall are winless in their past four Championship games on the road (D3 L1) after winning three of Gary Rowett's first five away trips (D1 L1). Preston striker David Nugent has scored four goals and assisted another in his past five Championship games against Millwall. Millwall manager Gary Rowett has never lost in six Championship meetings with Preston during his managerial career (W2 D4).