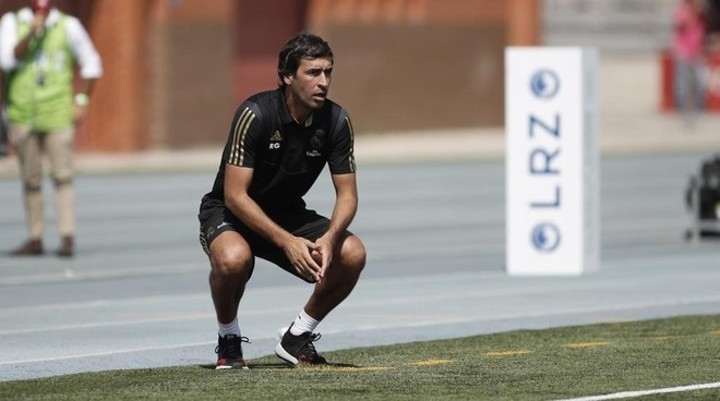 Raul has already convinced the Real Madrid board of his coaching ability after a short time in charge of Castilla.

He hasn't just won fans with his results, but also with his day to day work.

The former striker is as relentless as he was as a player, giving attention to detail and not leaving anything to chance.

MARCA have already revealed his code of conduct and those disciplinary measures are reaching every member of the youth teams at the club.

Raul, who is an adored figure at the Estadio Santiago Bernabeu, has become much more than just a former player turned coach, but an example to follow.

Many think that he will be able to lead the first team in the future after finishing his training at Castilla.

The Real Madrid board want to keep him close and he remains in close contact with Florentino Perez, becoming one of the president's most trusted men.

Zinedine Zidane's route from Castilla to the Bernabeu dugout is a reference point at Valdebebas.