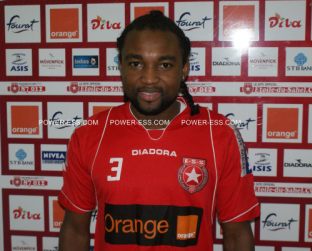 The 22-year-old attacker is one of the few prospects who failed to live up to their potential after excelling with local side Heart of Lions.

He moved to Tunisian side Etoile du Sahel in 2007 where he played for three seasons before signing for Israeli side Maccabi Haifa but was a flop.

Bukari has returned to North Africa to revive his playing career.

"My form is there. But sometimes it happens that you may lose your form or recapture it and thatâ€™s what has been happening to me in the past few months," Bukari told GHANAsoccernet.com

"It all boils down to where you find yourself. It unfortunate that people go to Facebook, see any rumuor and pick it without asking the main source.

"I'm doing pretty well here in Tunisia and very soon fans will get to know what Iâ€™m doing with my club."