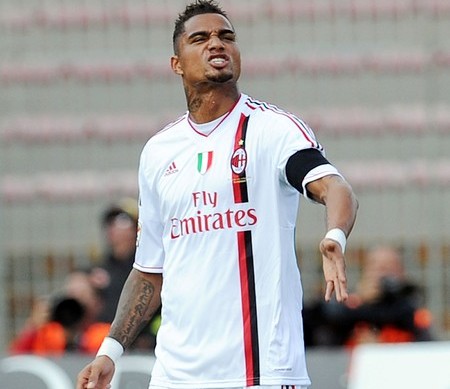 The 24-year-old was in goal as usual for Stromsgodset in their 3-1 win over giants Rosenborg BK.

He showed great alertness and responded well to dangerous reactions from the champions. There wasÂ  very little he could do to prevent the consolation goal.

Inkoom was above average for FC Dnipro in their slim 1-0 triumph over Volyna.

He was dangerous from the flanks and added an extra bite to the Dnipro attack anytime he moved forward.

After coming off the bench, Opare brought what lacking in the Standard Liege game. His impact was key to the 1-0 win. He was full of vision.

In a game that the visitors had shown a lot of attacking promises in the Bundesliga, Hoffenheim needed to be at their best in defence to win the match and it was Vorsah who marshalled the backline. He was strong in the air and did some timely clearances.

Badu keeps improving match after match. In midweek, he distinguished himself in the Europa Cup and went ahead on Sunday to become the catalyst in midfield for their 2-0 win and helped them to the summit of the Serie A table.

The little man overshadowed the Rosenborg midfield will his sublime abilities. He was quick and pacey and had the better of Awal Mohammed.

The FC Porto loanee was key to Rio Ave's 2-0home triumph over UniÃ£o de Leiria. He bullied the the visitors' defence with his imposing physique and torn them apart.

AC Milan were in for defeat at Lecce but the 'Prince' stamped his authority. He took charge of the game and scored on the 49th, 55th and 63rd minutes before Mario Yepes sealed the victory with a header.

The 21-year-old put up another majestic display on Saturday.

Even after wasting a penalty in the 20th minute, he kept his composure to score all the two goals for Marseille which propelled them to victory over Ajaccio.

It was Jordan's wonderful flick from inside of the box that Andre scored the opener. He formed a better partnership with Mathieu Valbuena and Andre in attack