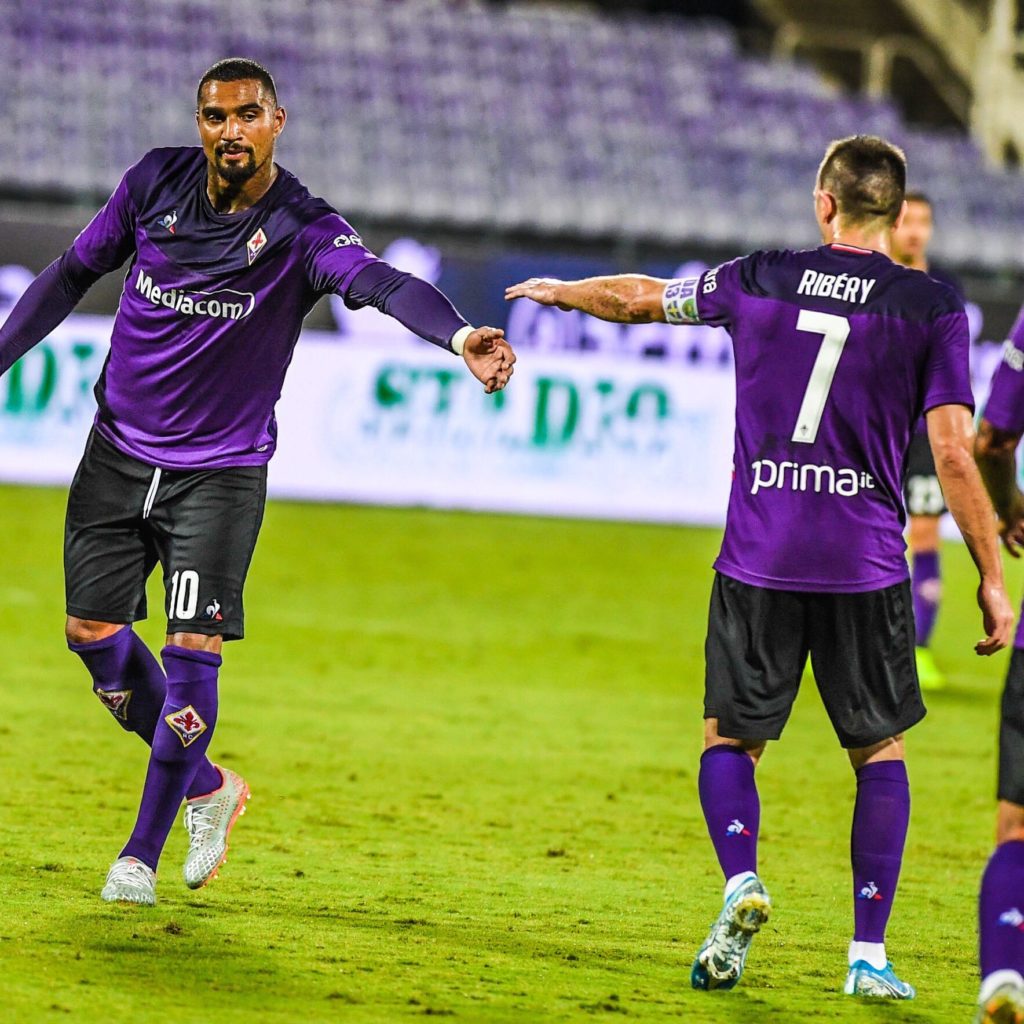 Boateng and Ribery have struck a cordial relationship since joining the Viola this summer.

The Ghana forward faced Ribery on several occasions during his spells at Borussia Dortmund, Schalke 04 and Eintracht Frankfurt.

The duo have been training with some of the side’s youth players at the Centro Sportivo Davide Astori as several members of the first team have been away on international duty.

Watch the video of Boateng welcoming Ribery to the club’s training ground below;

The pair will be hoping to help the club record their first win of the Italian Serie A when they welcome champions Juventus to the Artemio Franchi Stadium on Saturday.