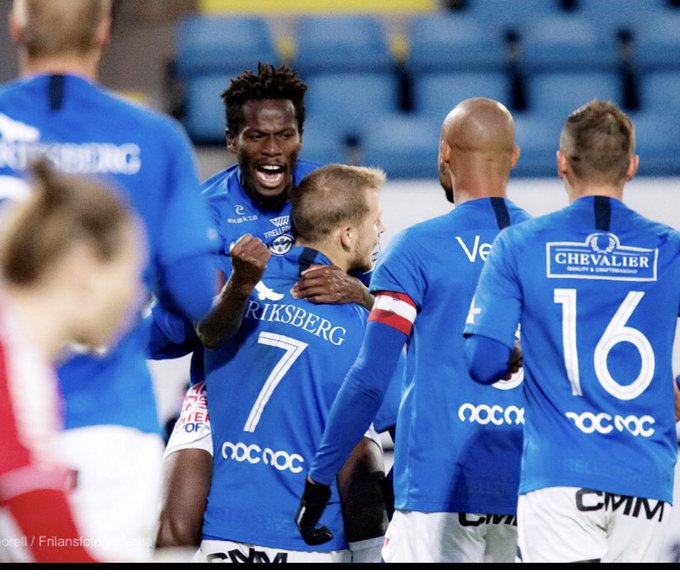 Forward Fatawu Safiu scored his third goal of the season in Trelleborgs FF's narrow defeat to J Sodra on Saturday afternoon in the Swedish Superettan League.

Trelleborgs were down after just two minutes when Jakob Orlov scored for the visitors.

However, the Ghanaian forward scored a delightful equalizer after a quick counter attack from Trelleborgs FF.

Just before the half hour mark the home side after defending a corner, weaved three passes which fell the the ex-Asante Kotoko forward who took on the defender and chipped brilliantly for the equalizer.

Nine minutes later Sebastien Ohlsson gave them the home side the lead before the break.

Edin Hamidovic leveled for J Sodra on 64 minutes before the travelling side grabbed the winner in the 73rd minute through Alexander Jallow.

The goal was Fatawu Safiu's third of the season after joining the Blue and Whites in the summer transfer window.

If you know where we come from, I swear you wouldn’t want us to fail🙏 pic.twitter.com/5YJOB3qvA5