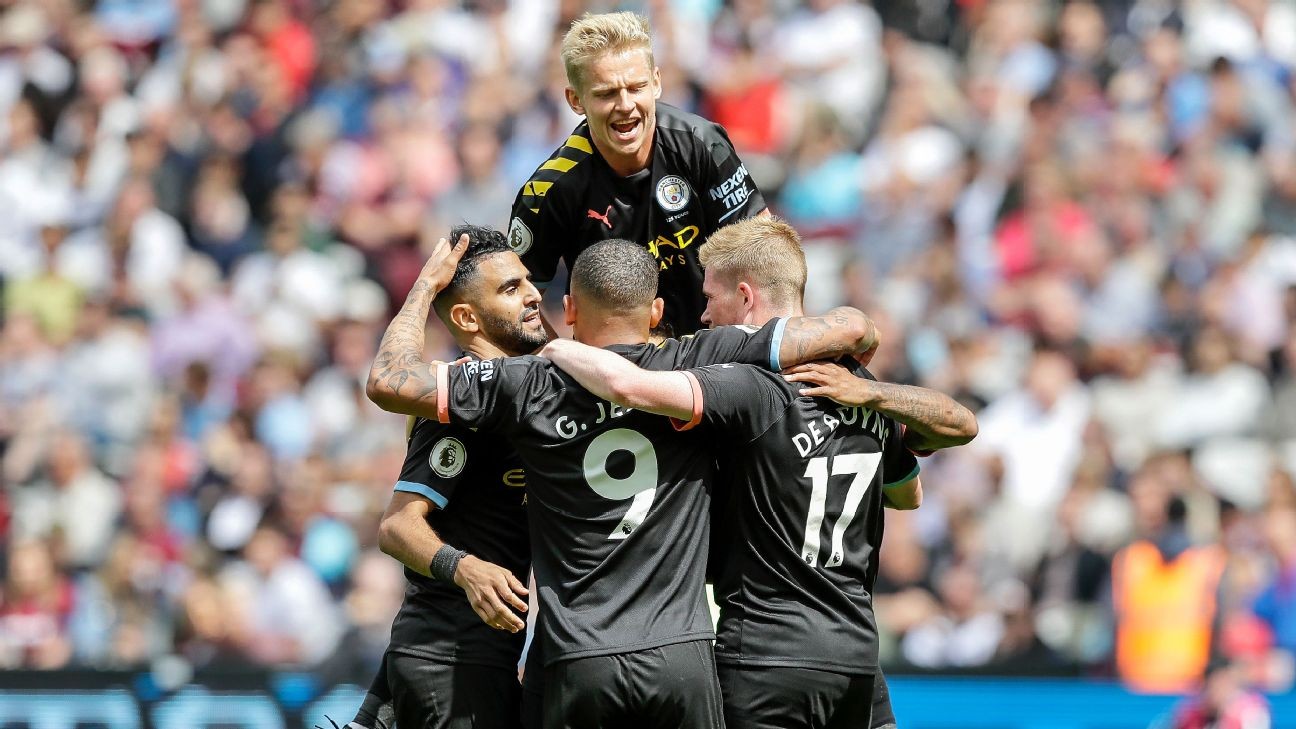 The Premier League season is just 90 minutes old for each of the top flight's 20 clubs. Hopes and dreams remain alive for all of them, regardless of any defeats on the opening weekend, but the cold, harsh reality is that Matchday 2 could turn out to be a defining moment of the campaign.

Quite simply, if Manchester City beat Tottenham at the Etihad on Saturday evening, the challenge facing the chasing pack in terms of catching Pep Guardiola's champions will only become much more difficult.

-- Transfers: Where did your favourite club fail to buy?

No team has beaten City in any competition since Spurs secured a 1-0 victory in last season's Champions League quarter-final first-leg at the Tottenham Hotspur stadium. Guardiola's men have won all nine of their competitive games (the Community Shield is not classed as a competitive fixture by the English FA) since that defeat on Apr. 9, including home victories against Spurs both in the Champions League and Premier League, and already sit atop the table on goal differential having won 5-0 at West Ham last Saturday. Since losing 2-1 at Newcastle on Jan. 29, City have played 15 Premier League games and won every single one of them.

Spurs, at least, showed they know how to beat City during that Champions League win, which paved the way for an away goals victory following a frenetic second leg. That said, if they can't repeat that feat on Saturday, there is a real possibility that the champions could have disappeared over the horizon by the time they visit Anfield to face Liverpool in the most-eagerly awaited fixture of the season on Nov. 9.

The record for successive Premier League wins, which City set by winning 18 on the bounce in 2017-18, is already under threat and could be equalled when City host Brighton on Aug 31. After facing Spurs this weekend, City embark on a run of nine league games against opponents from outside the so-called "Big Six," so they could obliterate their own record of 18 straight wins and raise the bar to an impossibly high level.

And if City are on 25 successive league wins by the time they visit Anfield -- is it really that difficult to imagine? -- will the title race already be over bar the shouting?

If Man City can defeat Spurs on Saturday, the schedule sets up nicely for them to go on a winning run and potentially create some separation atop the Premier League.

While City plot their route through a fixture list that sees them face Tottenham, Bournemouth, Brighton, Norwich, Watford, Everton, Wolves, Crystal Palace, Aston Villa and Southampton before they travel to Anfield, last season's runners-up Liverpool -- the team regarded by most as the only likely challengers to City this term -- face home games against Arsenal and Spurs, plus away trips to Chelsea and Manchester United.

Maybe this season will prove to be like a 400-metre race, with City breaking clear down the back straight before Liverpool close the gap once the stagger unwinds in the second-half of the season. But there is a danger that the Premier League fixture computer may have distorted the title race before it has even begun by handing City such a comfortable start to the campaign.

For Liverpool to keep pace, they must overcome all of their other top-six rivals by maintaining the incredible form which saw them amass 97 points -- and lose just once in the league -- only to finish second to City by a point last season. Liverpool powered out of the blocks by beating Norwich 4-1 on the opening weekend, but City still ended Matchday 1 ahead of Jurgen Klopp's team following the rout of West Ham. With the fixtures that lie in front of them over the next three months, Liverpool might not get this close to Guardiola's men again.

So when it comes to keeping the title race as compelling as it was last season, the rest of the Premier League will be desperate for Spurs to halt City's winning run this weekend.

Newcastle showed last season that, on a bad day, City can be beaten even by the struggling teams, but they have not displayed too many signs of suffering an off-day since that defeat at St James' Park. Maybe Bournemouth, Brighton or Norwich can repeat Newcastle's success, but really, Spurs are likely to be the only credible threat to City over 90 minutes in the league until they travel to Anfield in November.

In other words, City look likely to serenely bank win after win after win in the coming weeks as they pursue a third successive title. Mauricio Pochettino and Spurs are the one major roadblock standing in their way. Can they find a way to knock City off course at the Etihad on Saturday?