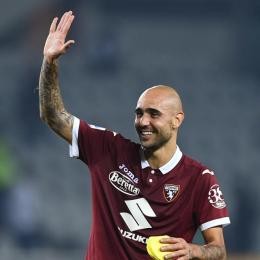 According to La Gazzetta dello Sport, Zenit Saint Petersbourg are eagerly working over Italian striker Simone Zaza (28). Former Juventus, West Ham and Valencia, who might leave Torino after a season and a half, is still tracked by Bologna, Espanyol, and Fiorentina, as well as having been linked to a Sassuolo move back.