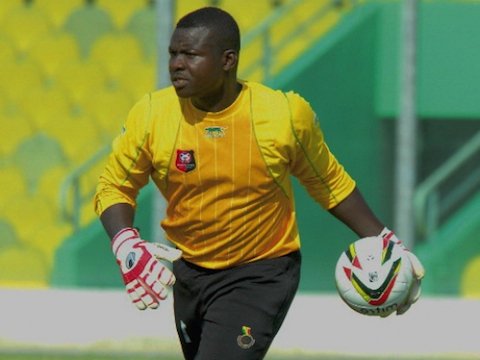 Former AshantiGold goalkeeper George Owu has advised Ghana's representatives in the inter-club Africa competitions to be determined to win their first leg matches because their progression to the next stage will depend on it.

Asante Kotoko and AshantiGold will be representing Ghana in the CAF Champions League and Confederation Cup respectively.

The Porcupine Warriors will take on Kano Pillars in their first leg game to be played at the Sannie Abachi Sports Stadium while The miners travel away to Equatorial Guinea to play Akonangui club.

Speaking on the two games to be played by the two clubs the former Black Stars goal keeper said  "I will urge both Kotoko and Ashgold players to be determined in the first leg games because progressing to the next stage of the competition depends on the first leg", he told AshhFM

He also urged the supporters not to put too much pressure on the teams as they participate in Africa.

"Supporters should not put much pressure on the teams going to Africa because lack of playing league games in the Country might affect the players.

On officiating he said,  "Every referee is careful when officiating Ghanaian games so they shouldn't rely much on the referees and play their normal game"

"Kotoko have a new team but I know with the kind of experience they have, they can go far in the CAF Champions league"