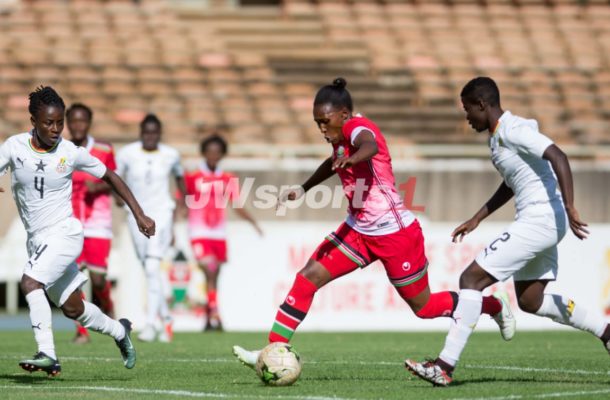 Kenya national female team coach, David Ouma has praised the mentality of his girls in their victory against Ghana in the Tokyo 2020 qualifiers.

The Harambee starlets defeated the Black Queens 1-0 in Kasrani to progress to the fourth round of the qualifiers.

David Ouma was full of praise for the defensive organisation of his team, insisting they exhibited tough mentality.

“The players did well especially after the 0-0 draw in Ghana and what was the most important thing about this game was to prevent them from scoring because if we would have conceded we would have been in a big problem," he told Goal.com after the game.

“They kept a good defensive organisation and the fact they pushed until the extra time to score means the mental attribute is developing.”

The East Africans will now face Zambia at the next stage of the qualifiers as they chase one of the tickets for Tokyo 2020.