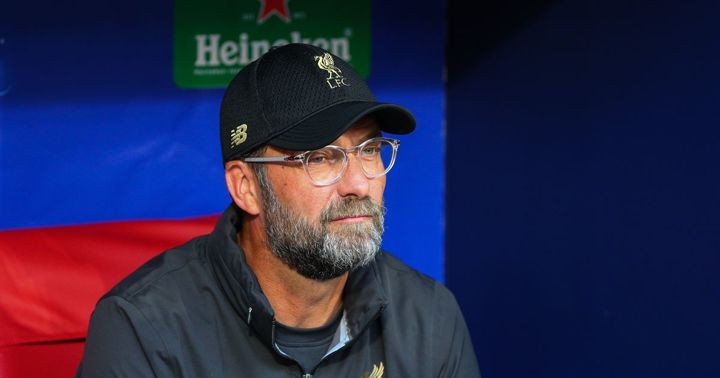 Jurgen Klopp has called on his Liverpool squad to brace themselves for a fight as their defence of the Champions League trophy resumes at Atletico Madrid next week.

The Reds will fly out to Spain on Monday afternoon after a light training session at Melwood ahead of a return to the Wanda Metropolitano where they picked up the club's sixth European Cup back in June.

It will be Liverpool's first competitive clash with Atletico since a Europa League semi-final nearly 10 years ago and Klopp is steeling himself for an intense battle with Diego Simeone's Los Rojiblancos.

Atleti are besieged by injuries at present with the likes of Joao Felix, Diego Costa and Alvaro Morata all doubtful for the visit of the European champions on Tuesday.

Former Tottenham defender Kieran Trippier will miss the game, while there are question marks over Jose Gimenez, Santiago Arias and Hector Herrera.

However, Klopp is still expecting a tough encounter in the Spanish capital as he returns to the scene of his finest hour as Liverpool boss. And the German also talked up the quality of the remaining sixteen teams in Europe's flagship football competition.

"I have no clue if we can win the competition, but we should be ready to go for it," said Klopp.

"Just to fight for it, that is how it is. Then it is about luck in certain moments to win anything and that is what we will need for sure.

"There are so many strong teams out there. I said it before, Juventus was my favourite before the season, obviously I don't watch Italian football enough but if Juventus are not 10 points ahead [in Serie A] then you can see there are some problems.

"PSG, when they are all fit...it is just a bomb. That is just a really strong team. Bayern getting more and more in again, Barcelona you can never discount.

"Real Madrid, how can we sit here [and discount them], Manchester City, let's not forget, because the Champions League will be one of their big targets.

"We have no clue how far we can go and the only real problem at this moment is Atletico."

Klopp played down talk of Liverpool lifting their seventh European Cup in Istanbul on May 30, but believes his squad are capable of once more challenging for the biggest trophy in club football.

Liverpool have contested the last two finals of the Champions League and are aiming to join Real Madrid as the only clubs to successful their crown in the competition's current guise.

He added: "I really have no idea if we are the strongest team left in the competition.

"What I know and we showed last year is that we can beat the best. It doesn't mean we will, it just means we can, and that is the only thing I have to know.

"Last year Man City was the best team in the world and we won the Champions League later, so now people are not happy with some things [at City] and we are it.

"But there is always another team which is at the moment the best in the world. We don't watch that much French football obviously. We always say about Paris, 'yes but in France they have to win these games' but the quality they have is unbelievable.

"Juventus have the widest biggest squad I ever saw in my life. Quality players, it is crazy. They can really play in different competitions and maybe there is a little problem that they are not so far ahead in the league.

"But I really have no idea and I really didn't think about Atletico so far."