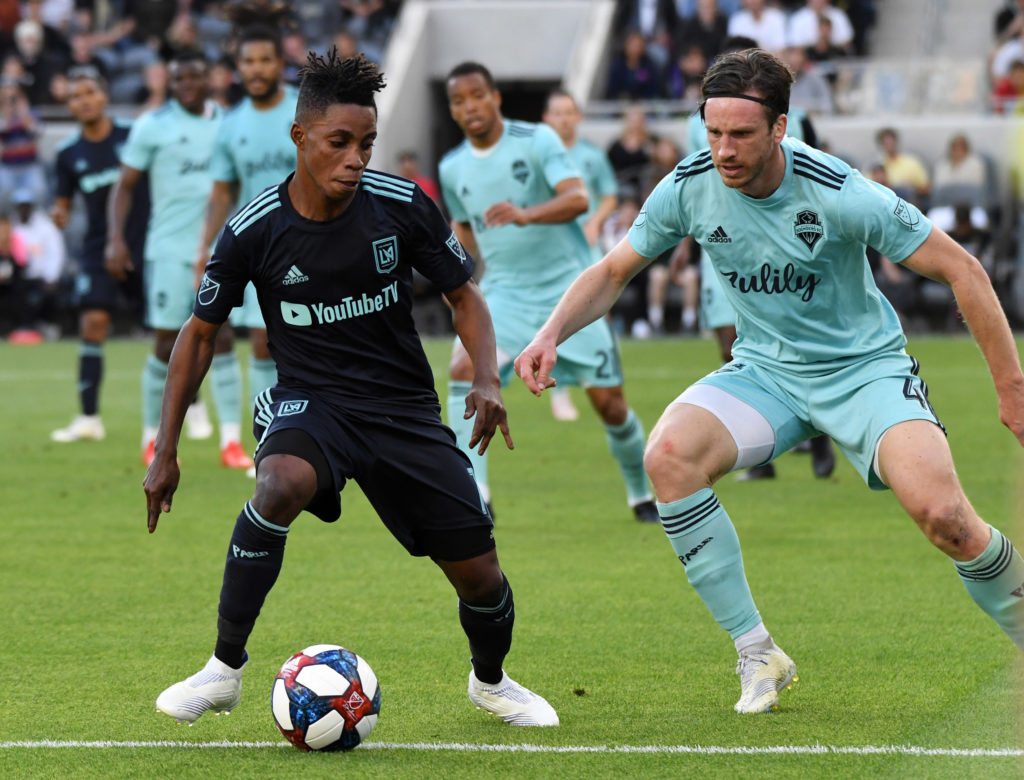 Ghanaian forward Latif Atta Blessing has been named on the substitute bench in the Major Soccer League Team of the Week following his superb display for Los Angeles FC over the weekend.

Blessing was one of the two standout performers for Bob Bradley's side during their 2-2 stalemate with Orlando City FC at the Orlando City Stadium on Saturday.

The 22-year-old was a constant threat against their opponents and played a crucial role in the two goals scored by Adrien Perez and Diego Rossi.

The former Liberty Professionals live-wire was the only second LAFC player to find themselves in the Team of the Week after Rossi.

Blessing has registered 2 assists and scored 2 goals in 20 league games for LAFC in the ongoing campaign.