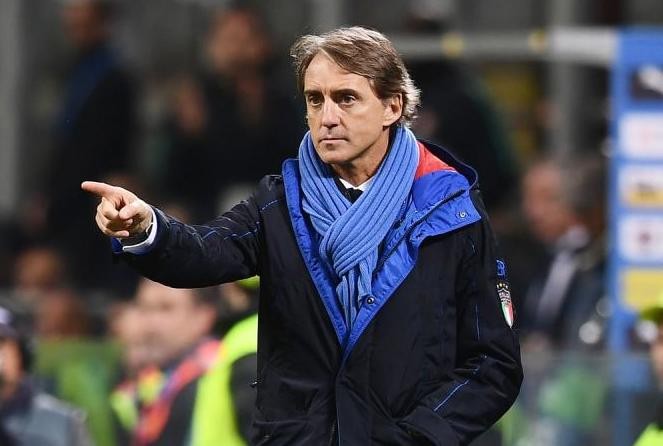 Following Italy’s 2-1 win over Bosnia and Herzegovina on Tuesday night, Roberto Mancini highlighted how far his team have come in a short space of time.

It is almost 18 months since the Azzurri were beaten by Sweden in the 2010 World Cup play-off and failed to reach the tournament in Russia last summer.

But their comeback win over Bosnia maintained their perfect start to Euro 2020 qualification, much to the delight of the man in charge, although he is wary of an over-reliance on defensive stalwarts. “I believe in being positive and I’m very positive about things. When we started here we were a demoralised group but now we’re playing well,” he told the assembled media.

“We are doing the right things and are showing a good mentality but we must continue if we want to reach the European Championship. I want us to impose our games on others.

“You can’t always play well and you won’t always win. Marco Verratti and Jorginho speak the same language and have a very high level. But if we didn’t have [Leonardo] Bonucci and [Giorgio] Chiellini behind them to hold the defence high…” The former Inter boss also singled Lorenzo Insigne, scorer of Italy’s glorious equaliser with a fine volley, out for specific praise and believes he is now getting back to his best.

“He’s a very good player and has great technical qualities. He is playing like he did in the Italy team before the World Cup, it is like that,” he added.

“Players move on and difficult moments pass. They find their feet and get back to scoring again and playing well. It was just a matter of time before that happened for Lorenzo and several others.”