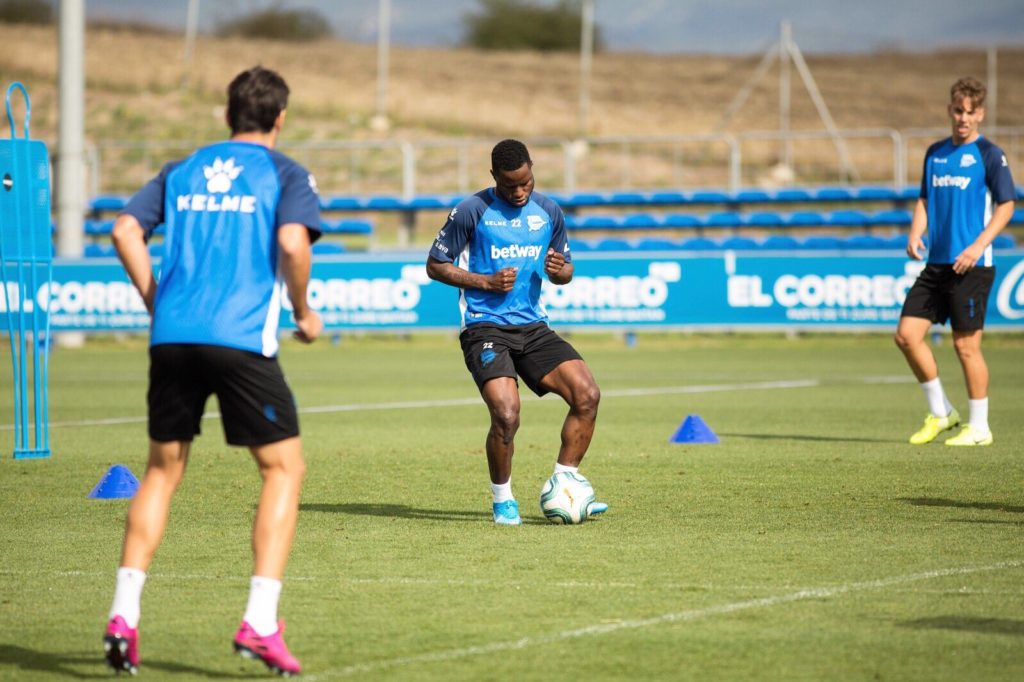 Deportivo Alaves have been boosted by the return of influential midfielder Mubarak Wakaso from injury ahead of Spanish La Liga opener against UD Levante on Sunday.

The Ghana international suffered a hamstring injury during their 3-2 penalty defeat to Real Zaragoza in the Carlos Lapetra Cup last week.

The 29-year-old has however made a quick return after tests showed that the injury was not severe.

He joined his teammates in training on Tuesday as they put final touches to their preparations ahead of their league opener against UD Levante at the Mendizorrotza Stadium on Sunday.

Wakaso is heavily tipped to play a significant role for Deportivo Alaves in the forthcoming campaign after his jaw-dropping performance for Ghana Black Stars at the 2019 Africa Cup of Nations in Egypt.

He won two Man-of-the-Match accolades in four games for the Black Stars at the tourney.