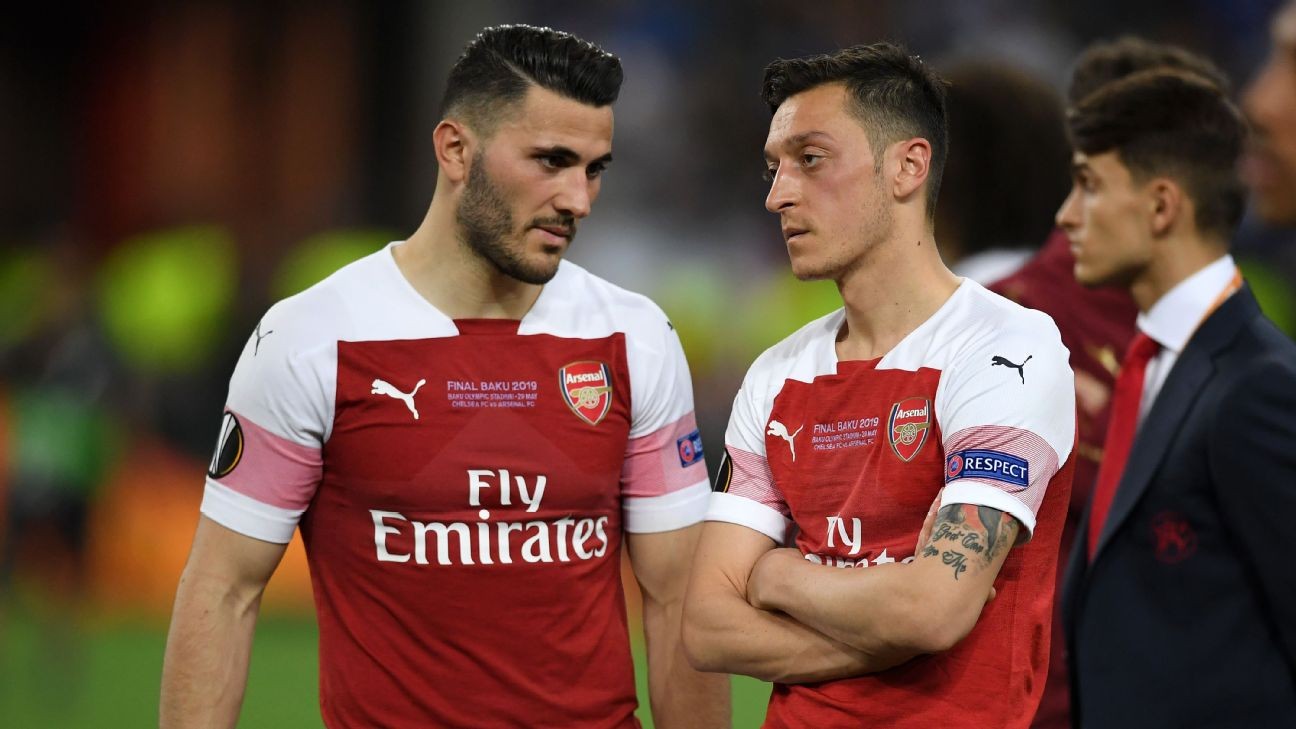 ESPN FC's Steve Nicol has had enough of people hating on Mesut Ozil and believes he'd be an asset to D.C. United and MLS.

Craig Burley explains why Arsenal could break back into the top four this season after getting off to a winning start against Newcastle.

Arsenal open the season with a narrow win at Newcastle behind a goal from last season's joint-top scorer Pierre-Emerick Aubameyang.

The pair missed Arsenal's 1-0 season-opening win over Newcastle at St. James' Park last weekend due to "further security incidents," the club announced prior to the game.

Freddy Adu: 'I'm not ready to give it up'

Emery said the pair returned to training with the team on Tuesday, but Ozil missed a session on Wednesday through illness.

"Their mentality is focused on us, for training and the match," Emery said. "My focus is to be positive and think the players are 100 percent with their mind here."

"Each training gives us good information, different options with them. Am I pleased to have them back? Of course."

When asked whether footballers need to have private security, Emery said: "The club is working and helping them about that. I am helping them in the training and preparation."

Ozil and his wife Amine Gulse were unharmed after the attempted carjacking. The incident occurred when the two were pulling up to Kolasinac's home, a source told ESPN FC, when two assailants approached the car brandishing knives.

Record signing Nicolas Pepe, who arrived from Lille for €80 million earlier this month, made his debut off the bench against Newcastle, and Emery said the forward could make his first start when the play Leicester at home on Saturday.